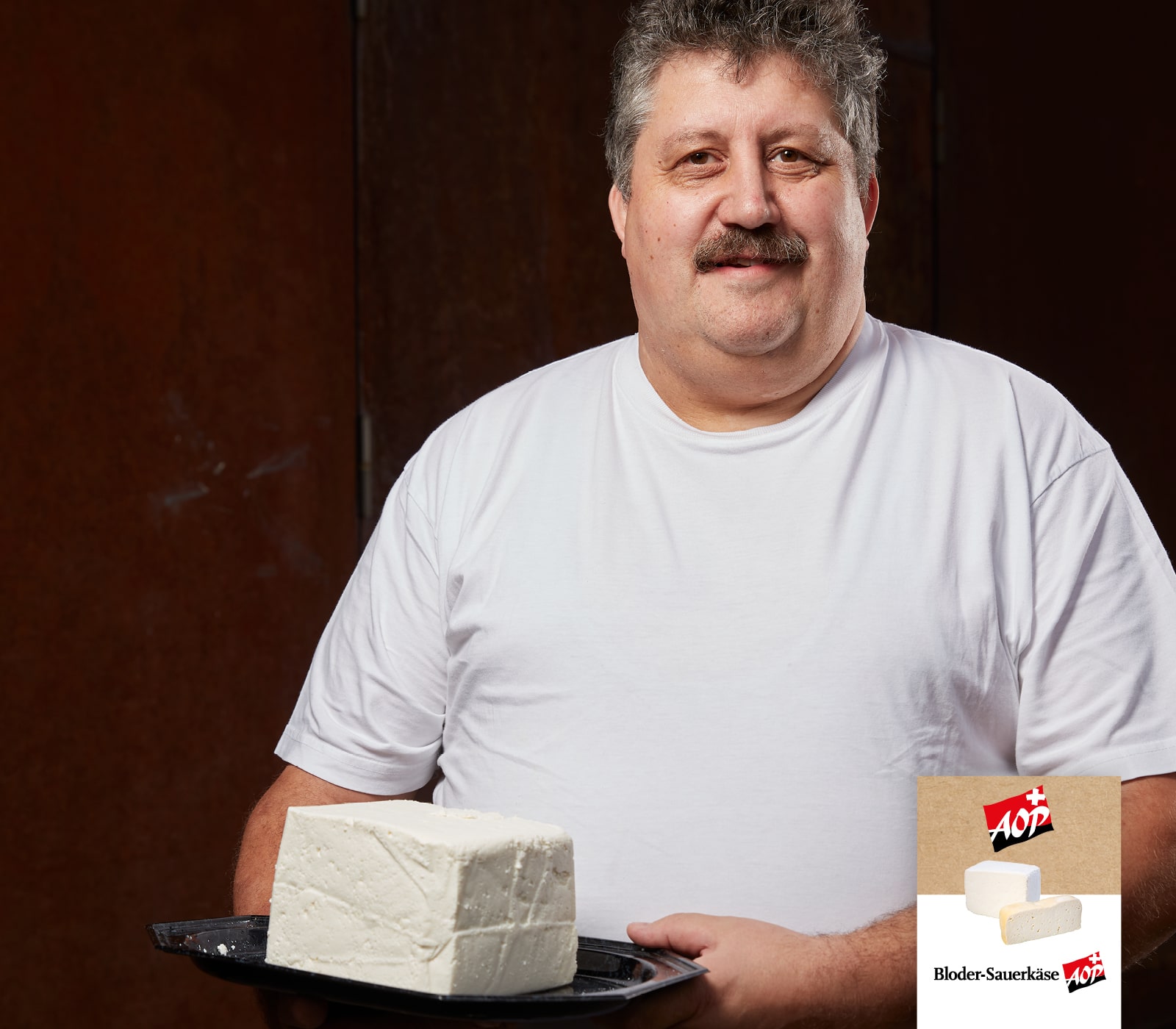 The geographic region of the Bloderkäse-Sauerkäse PDO includes twelve municipalities in the canton of St. Gallen (Wartau, Sevelen, Buchs, Grabs, Gams, Sennwald, Wildhaus, Alt St. Johann, Stein, Nesslau-Krummenau, Ebnat-Kappel and Amden) and all municipalities of the Principality of Liechtenstein.

The processed milk must not be older than 24 hours and must come from a farm which is situated not further away than 30 km from the manufacturing factory. The milk is skimmed in a natural or mechanical way and filled into a copper or a chrome steel kettle. Thereafter, it is heated to 55° to 69°. When the milk is curdled and becomes gelatinous, it is processed further. According to need, salt is added. Salt is the only additive allowed. The milk is heated again and then filled manually into rectangular shaped containers of plastic, metal or wood. After pressing the cheese is salted again. The Bloderkäse PDO can be wrapped and marketed immediately after production, however, at the latest after 21 days. On the contrary, the maturing process of the sour cheese PDO is subject to a drying process, and it can be wrapped and marketed only after two months.

According to tradition the manufacture of sour cheese comes from the nomad populations in the East and is probably the most original way of making cheese. It can be traced back to the Middle Age and has preserved itself for centuries in the Principality of Liechtenstein, in Werdenberg and Toggenburg, as well as in Vorarlberg. The Pre-Alpine region is characterised by high rainfall and difficult topographic conditions. Because of the long distance to travel to reach the valley at that time and the lack of roads and means of transporation for the milk, the farmers were obliged to process the milk on location. The manufacture of sour cheese and „Bloderkäse“ was the most appropriate for this purpose.