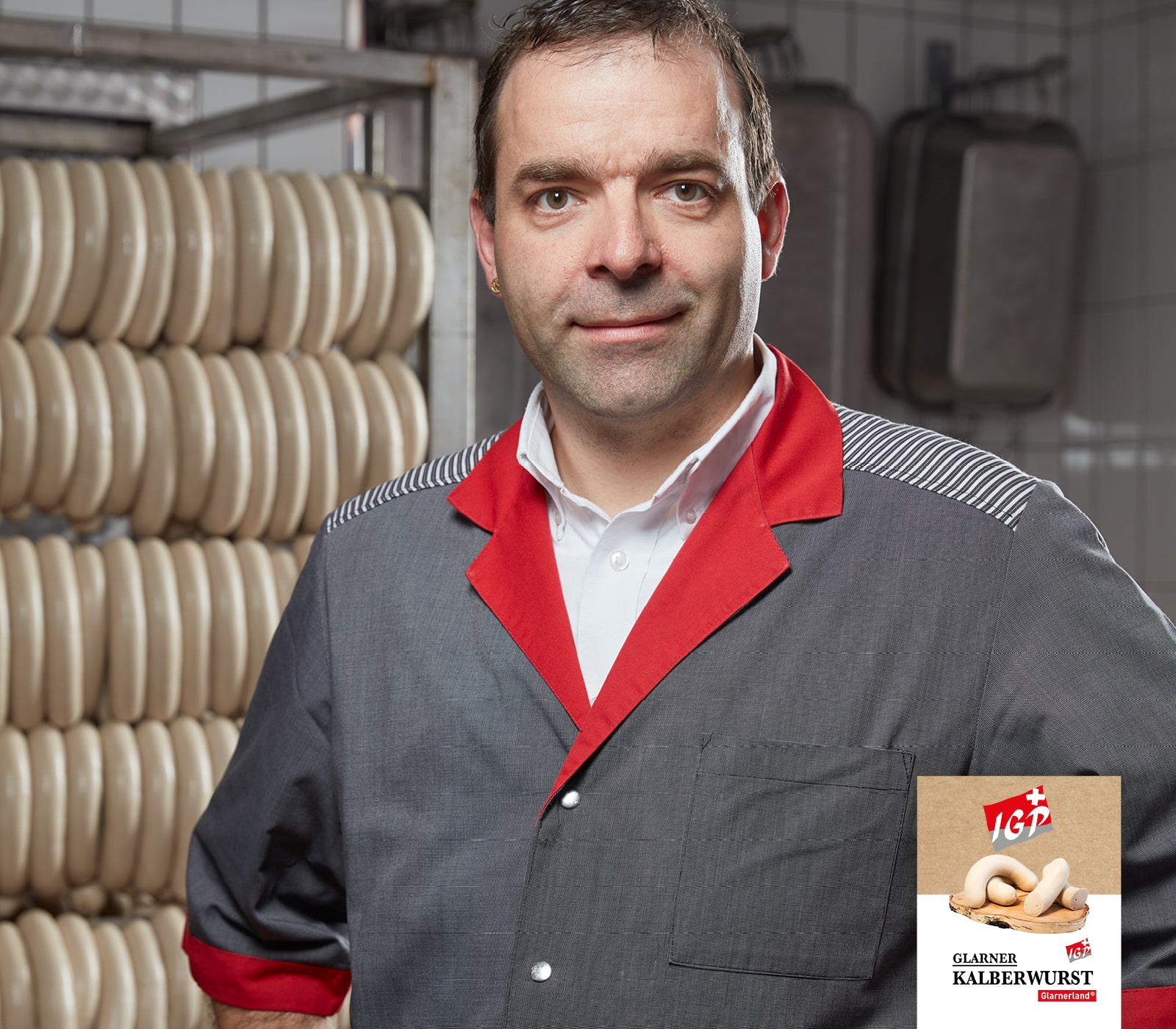 The meat, the bacon, ice, salt and spices are cut finely very quickly, then the white bread is added. This so-called « Brätmasse » (mix) is filled into cow intestines. The sausages are scalded in hot water and water steam at min. 68°C, then chilled with cold water. The Glarner Kalberwurst PGI distinguishes itself from comparable veal sausages particularly through the addition of white bread.

The oldest traceable evidence of the production of the Glarner Kalberwurst (veal sausage from Glarus) is about 150 years old. In the description "The canton of Glarus » from 1846 the authors already mention the Kalberwurst (veal sausage) as « belonging to the country of Glarus »). The addition of white bread is a traditional component of the recipe and can probably be traced back to the fact that in the hunger years at the beginning of the 19th century, the butchers of Glarus extended the meat, rare at the time, with old bread. The other guess is that through the addition of white bread, eggs and milk, a luxury version of the sausage was created. As the recipe of the scalded sausage enriched with bread was strongly contested at the beginning of the 20th century, the exact sausage content was defined by law in 1920 at the Landsgemeinde (gathering of the electorates). At the federal level, however, the Swiss Food Law of 1905 and the Food Ordinance of 1936 prohibited the addition of non-meat ingredients. After a long struggle the butchers of Glarus were allowed, from 1957 on, to produce the sausages according to a special permit specified by the Swiss Food Law according to the original Glarus recipe. The controversy over the Glarner Kalberwurst took an end in 1992, as the Swiss Food Law finally allowed addition of bread to the sausage (Wurstbrät).