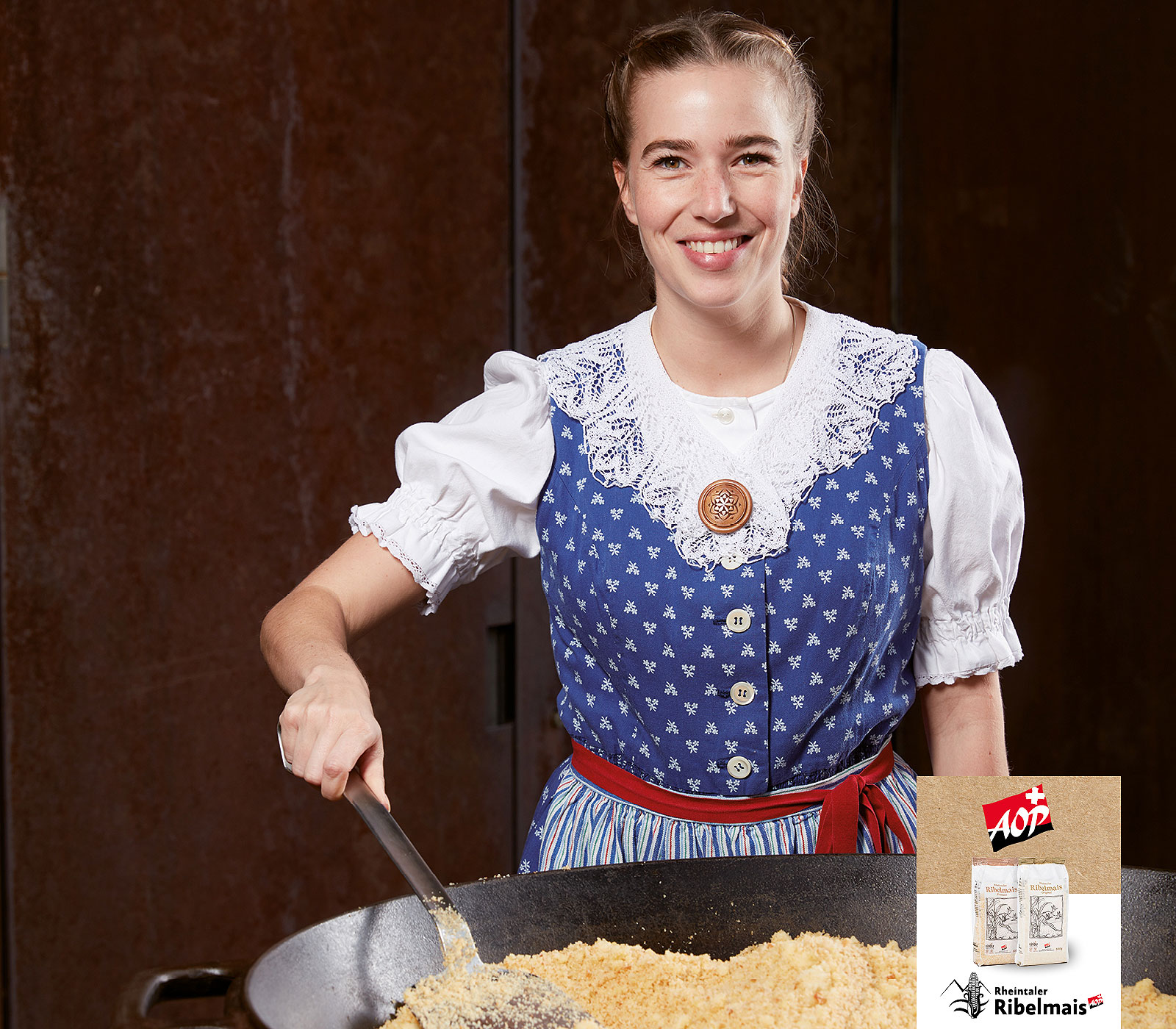 The Rheintaler Ribelmais PDO is produced from an old, open-pollinated country corn variety of great genetic diversity, still maintained today. The sowing takes place at mid-May at the latest. Harvest takes place at the end of October / beginning of November and can be done manually or by means of combine harvesters. The corn grains are washed in the mill. Subsequently the corn is ground on rollers or in a stoneground until it reaches the desired fineness. The Rheintaler Ribelmais PDO is either a mix of semolina, coarse-grained flour and flour, or a mix of corn semolina and corn coarse-grained flour, an individual product of corn semolina or corn coarse-grained flour.

The beginnings of the corn cultivation in the Rhine Valley are difficult to specify. The spreading of the corn passed over Italy. In the origins and the documents of the Rhine Valley, the corn appeared regularly for food purposes since the middle of the 17th century. In the 19th century the corn of the Rhine Valley became the most important type of cereal as basic food. With the beginning of the 20th century, with exception for the two World War periods, the cereal culture surface in the Rhine Valley, corn included, diminished continuously. In 1997, the cultivation of the corn variety used for the Rheintaler Ribelmais PDO still amounted to about 4 hectares, whereby a large part was used for self supply. Extra hard, full-fat cheese from raw cow's milk.