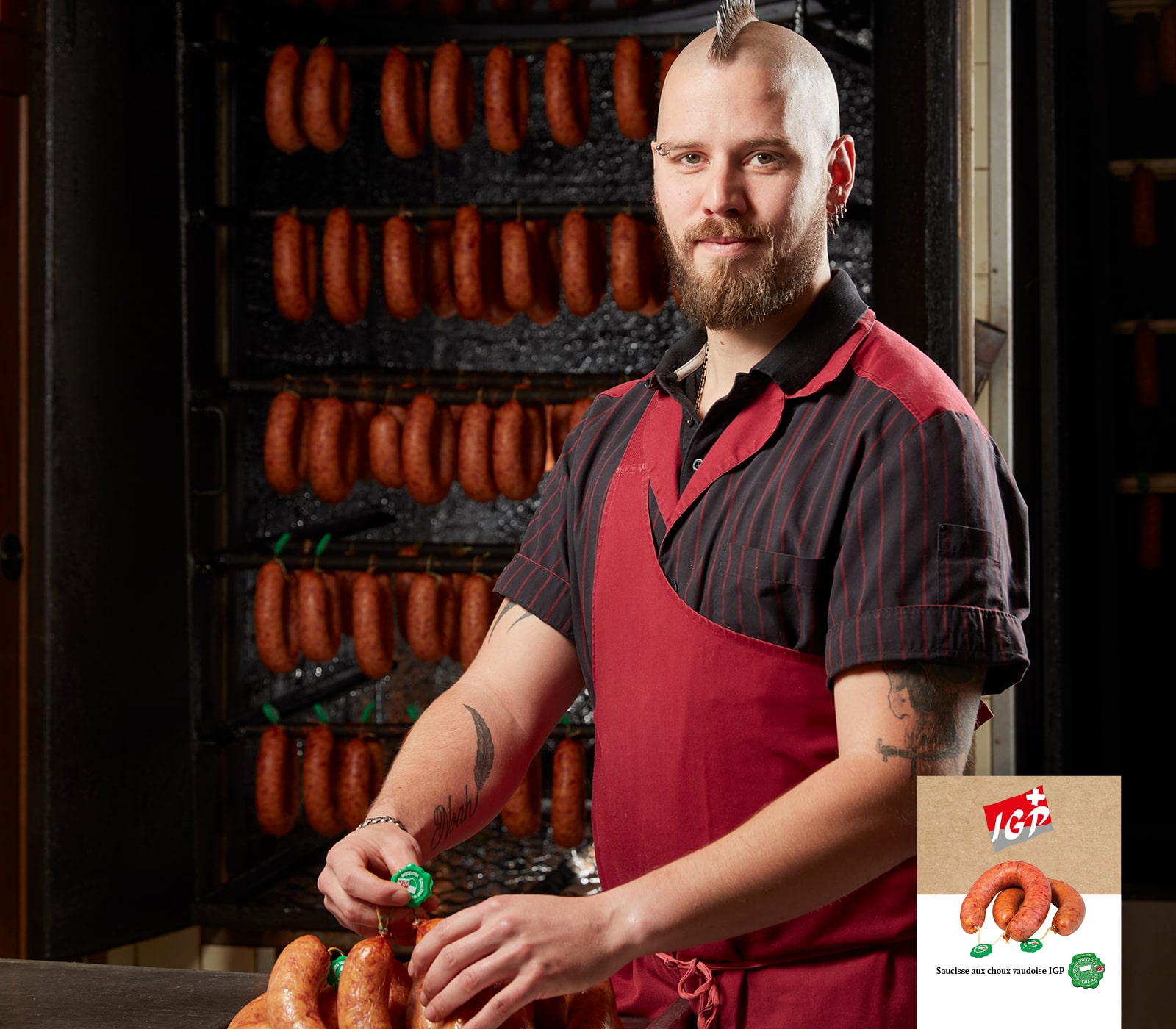 The Saucisse aux choux vaudoise PGI (white cabbage sausage from the canton of Vaud) is made of cuts of meat, besides cabbage, and produced from pigs fattened in Switzerland.The white cabbage is blanched, then pressed. When the meat is selected, tendons and other unwanted parts must be removed. When the meat is amassed, the grain averages between 3 mm (rind) and 5 mm (meat). The main spices are table salt and pepper. Als additional flavours garlic, coriander, nutmeg, mace, cloves and aniseed are possible. The mixture is kneaded and stuffed into natural beef casings. Afterwards the Saucisse aux choux vaudoise PGI is left to drain. It can be simmered and then smoked cold at a temperature of between 18 and 28 degrees. The smoke develops through the burning of sawdust and a mixture of untreated conifer wood and hardwood. Minimum smoking time is 24 hours.

The origins of the Saucisse aux choux vaudoise are told in a legend from 879. At this time, the German Emperor Charles the Fat and two of his nephews met in Orbe in order to regularise inheritance issues. The monarchs and their entourage stayed in Orbe for several weeks and during this time they lived to a large extent from the products of the royal manor. As meat became rare, legend tells that a townsman had the idea to extend the sausage meat with white cabbage. In any case, the roots of the Saucisse aux choux vaudoise PGI date back to medieval times, when smoking and boiling of sausage products were first practised.