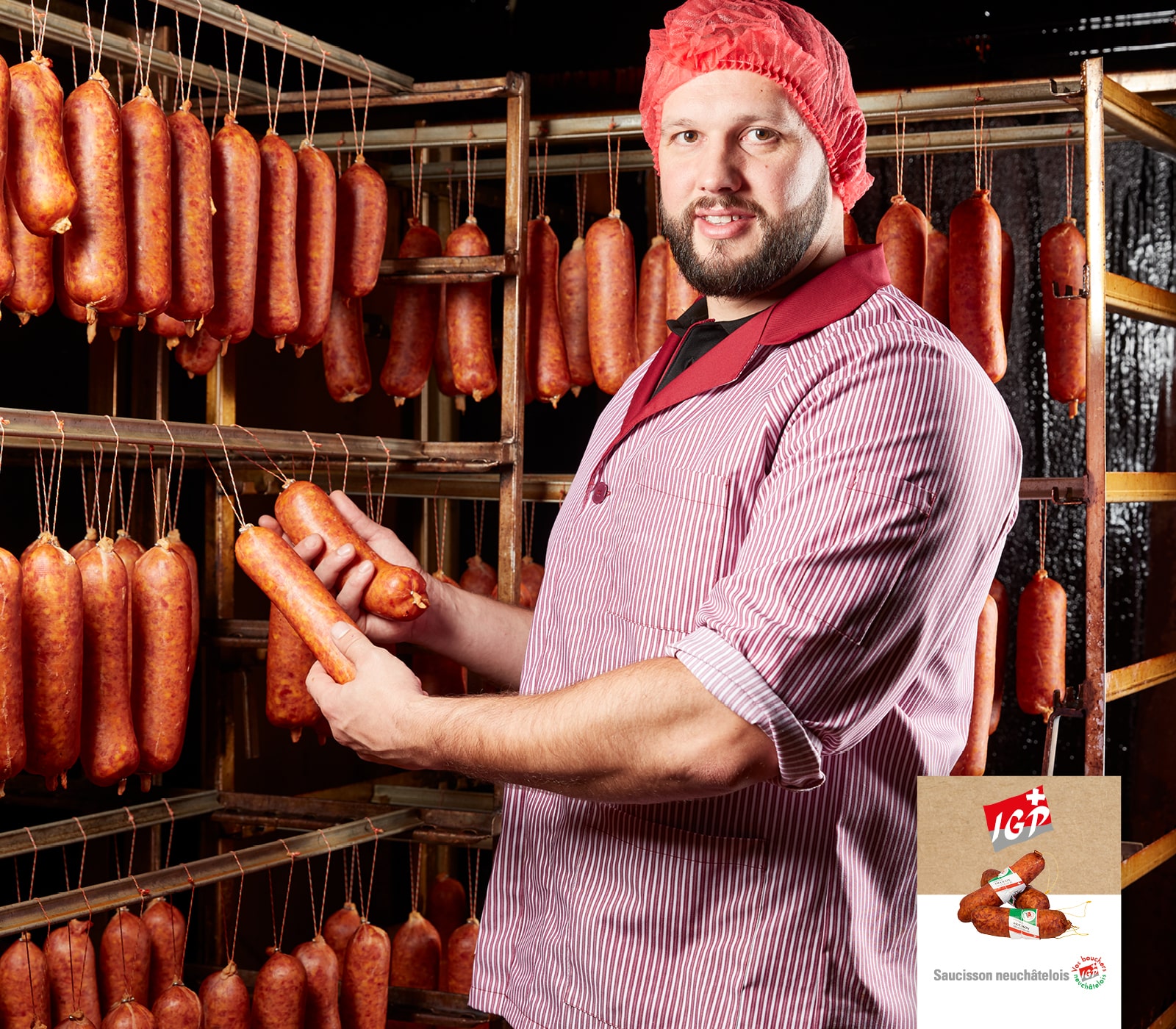 The geographical region of processing and preparation is the canton of Neuchâtel. Birth, fattening, slaughtering and butchering of the pigs take place exclusively in Switzerland.

The sausage mix prepared for the production of the Saucisson neuchâtelois PGI, resp. the Saucisse neuchâteloise PGI consists of two thirds of lean pork and one third of bacon. Boiled rind can be added, as long as the required proportion of bacon and meat is respected. Pepper, garlic and nitrate salting mix are the only flavours permitted. The kneaded mixture is filled into cow intestines, whereby central intestines are used for the Saucisson and ring casings for the Saucisse. Stuffed into the intestines, drained and suspended on a string for at least 12 hours in room temperature. Subsequently, the sausages are smoked cold.

The Saucisson neuchâtelois PGI and the Saucisse neuchâteloise PGI originate from rural tradition of domestic sausage production. The designations ‘Saucisse neuchâteloise' and ‘Saucission neuchâtelois' were first used toward the end of the 19th century. The production method is, however, older than these designations, as it is based on the traditional procedure used for preserving pork, i.e. the use of sodium nitrate, cold smoking and the know-how of the butcher. Both specialities belong to ancient Neuchâtel customs : the Torrée. Thereby a big fire is lit. As soon as embers are sufficient, the sausages, wrapped up in parchment and newspaper, are embeddied and cooked in the embers for 30-40 minutes.