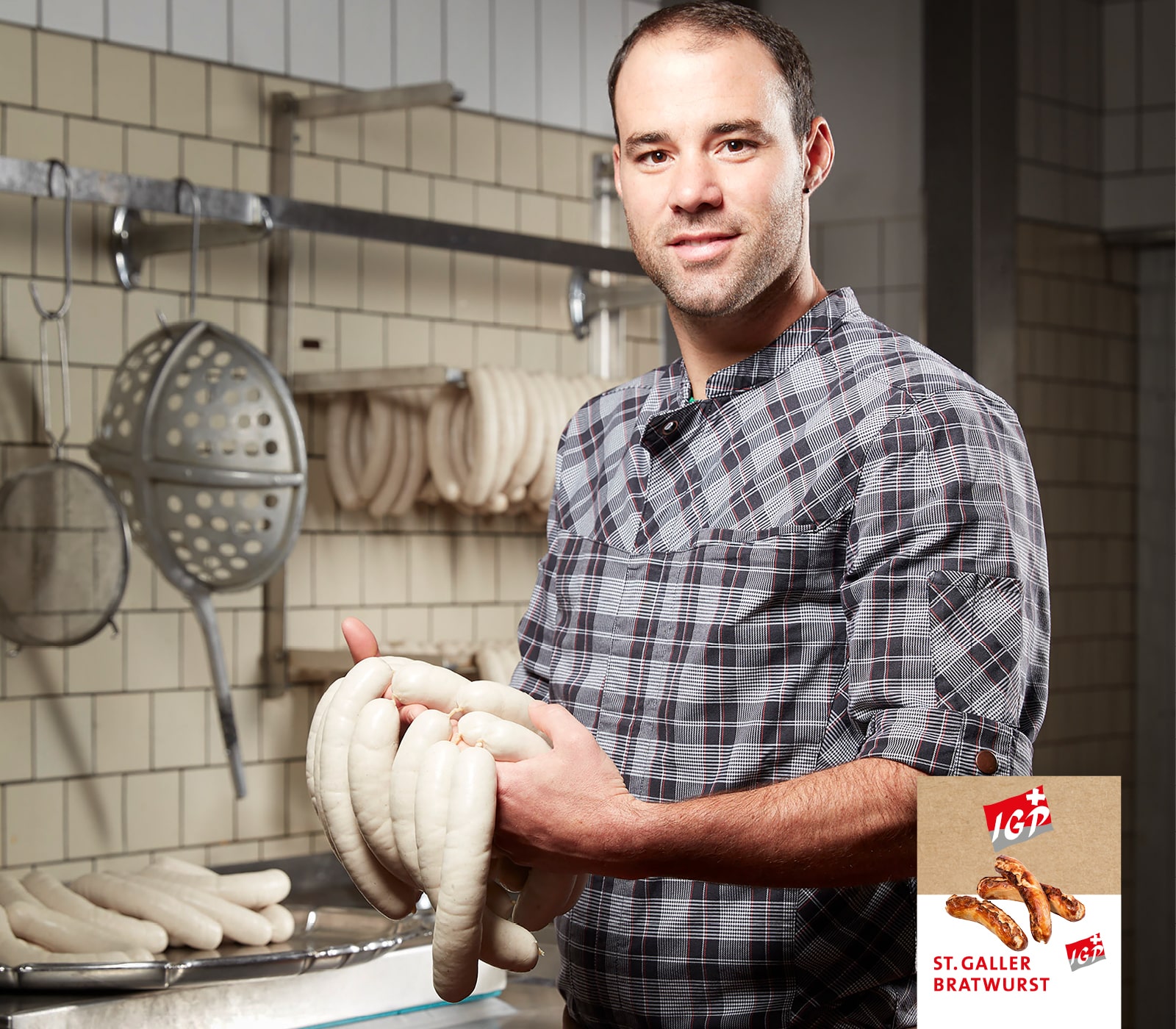 White scalded sausage, which is cooked and served roasted or grilled.

The St. Galler Bratwurst PGI or the Olma Bratwurst is produced from a mix of pork and veal, as well as milk (from Switzerland or Liechtenstein). Added to this is salt, some pepper, mace (shell of the muscat nut), as well as other spices, according to the recipe of the master butcher (cardamom, coriander, ginger, nutmeg, onion, leek, celery, lemon). The mix is minced to regularity and then stuffed into a pig intestine. The sausage is then boiled at a temperature of 72 degrees, to be quickly chilled.

In 1438, first reference was made to a Bratwurst in the statutes of the Butchers' Guild of St. Gallen. Therein it is stipulated that this sausage is produced from veal, bacon, spices and fresh milk. The latter also explains the white colour of the sausage. Since then, the sausage recipe has not really changed, the master butchers, however, can interpret it to their taste, as long as they stick with specifications. Today, three fourths of the Swiss know the St. Galler Bratwurst PGI, also often under the name of Olma Bratwurst, which was created for the traditional Autumn Fair in St. Gallen. The Olma Bratwurst, though, weighs 160 g compared to the 100-110 g weight that a traditional St. Gallen Bratwurst PGI brings on the scale. Attention, in St. Gallen you never add mustard to the sausage, as it does not need this flavour enhancer. It is also served with an onion soup and rösti.