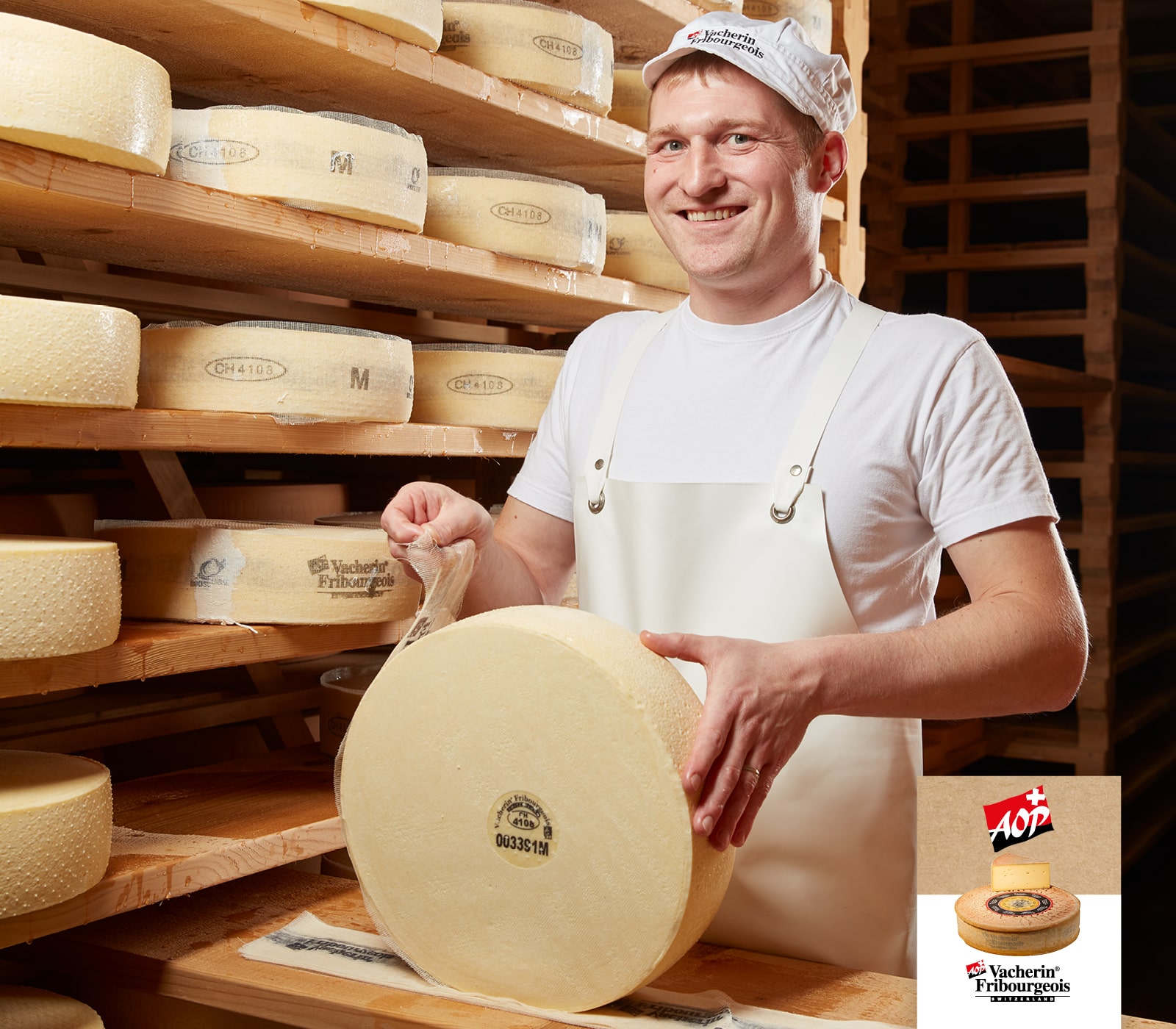 Vacherin Fribourgeois AOP is made of raw milk or thermized milk. The feed received by the cows consists of at least 70% raw feed produced in our agricultural operation.

Rennet is added to the milk. As soon as it has curdled, the curds are reduced to hazelnut-sized pieces. The mass is heated again to 36°C and then poured into forms. The fully pressed cheeses are marked with the date of manufacture. Then they are wrapped with a gauze band with the number of the dairy and the name “Vacherin Fribougeois AOP”. That way, the production site can be traced. After being placed in a salt water bath, the Vacherin Fribourgeois AOP is matured and tended for 9 to 24 weeks in aging cellars with high humidity on spruce boards.

Vacherin Fribourgeois AOP is a half-hard cheese. It is a finely textured cheese with excellent melting qualities and subtle refinement. One Piece weight 6 to 10 kg.

The name “Vacherin Fribourgeois” is derived from the Latin word “Vaccarinus”, which means “little cowherd”. According to legend, the monk Vaccarinus brought to Freiburg his father’s secret for the production of a delicious cheese especially prized by the Spanish monks from the Spanish cloister of Montserrat. The term “Vacherin” goes back at least to the year 1420.

Vacherin Fribourgeois AOP is available as a Piece or as fondue cheese. There are six variations: Classic (aged 9 weeks in the cellar), Extra (at least 12 weeks), Rustic (12 to 24 weeks, develops a wrinkled rind due to the damp cellar), Alp (produced in the Alps near Freiburg from May to October), Berg (produced above 900 masl) and Organic.