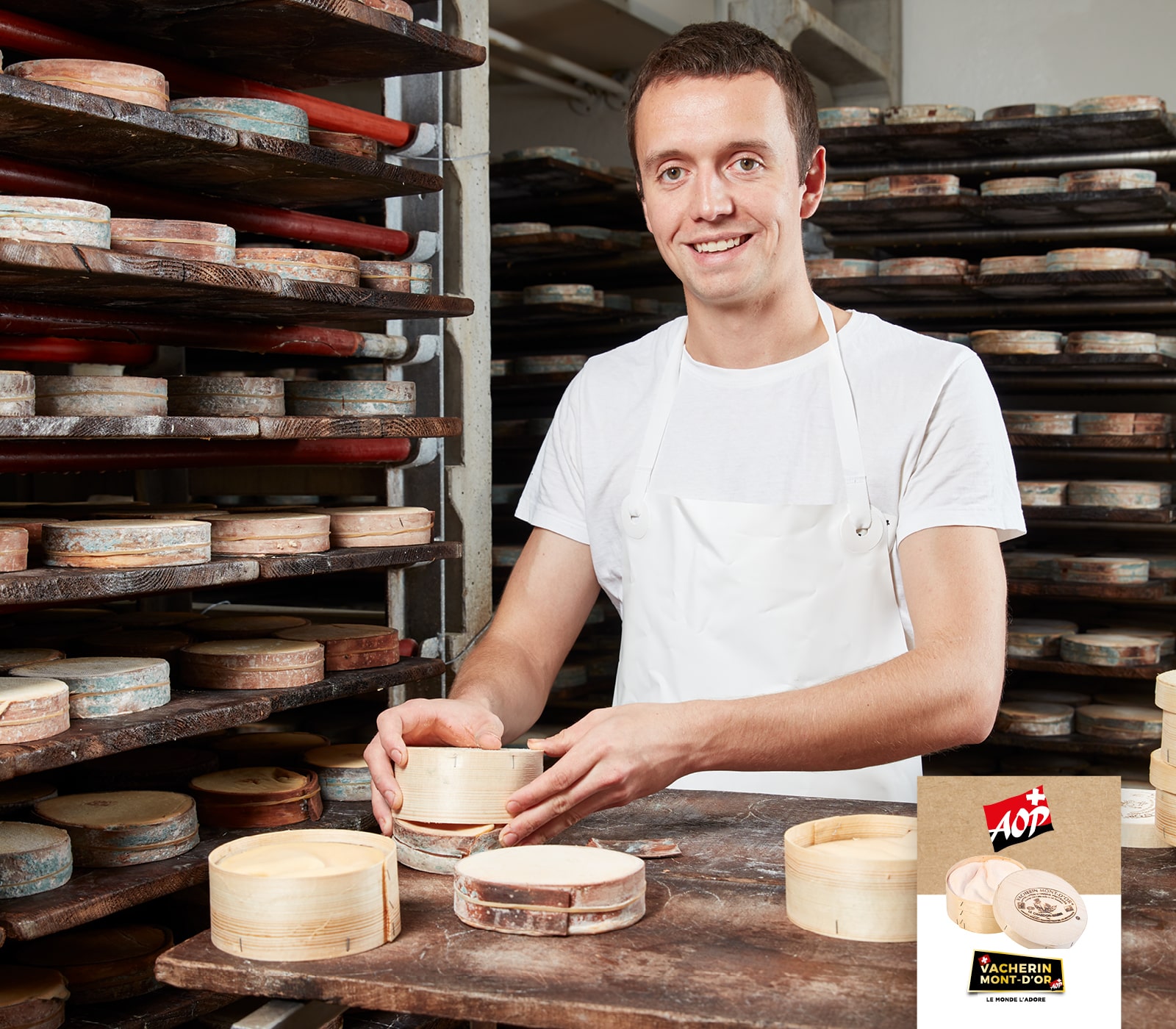 Round form in four sizes
Weight 350 g to 3 kg
Slightly fluid soft cheese with a washed, slightly undulated crust
The cheese is kept together by a ring of spruce bark and stored in a spruce wood box.

From 15th August to 31st March the Vacherin Mont-d'Or AOP/PDO is produced from milk delivered twice a day to the cheese dairy. Feeding the milk cows with fermented fodder is prohibited. The milk ist thermised by means of a gentle process. After pressing of the curd the cheeses are wrapped in a band of spruce bark and plunged into a salt bath for 2 to 4 hours. The white cheese (young cheese without a greasy crust) is placed on spruce plank at the latest 48 hours after manufacture start. Then the cheeses are turned daily until the first washing, which should be done at the latest after the surface of the chese be covered by a mould. The cheese is regularly washed and turned during at least 17 days. At the end of the refining the cheeses are packed in a wooden box, the diameter of which must be a little smaller than that of the cheese, to enable the desired undulation of the crust.

Legend wants it that during the War or 1870 a French soldier brought the secret of the production of Vacherin Mont-d'Or with him and disclosed it to his entourage after he had settled in Les Charbonnières. However, the law of 6th June 1812 on road taxes mentions the Vacherin unter the heading „Cheese“. A manuscript of a bar-keeper in Les Charbonnières from the year of 1823 and an account book from 1845 also records purchases and deliveries of this cheese. On the Alps of Vallée de Joux small cheeses were manufactured towards the end of the season, when there was less milk available. These were designated as „Vacherins“. In the 19th century the designation „Vacherin“ was gradually replaced by „Mont-d'Or“ or „Vacherin Mont-d'Or“, as it appears in numerous documents.