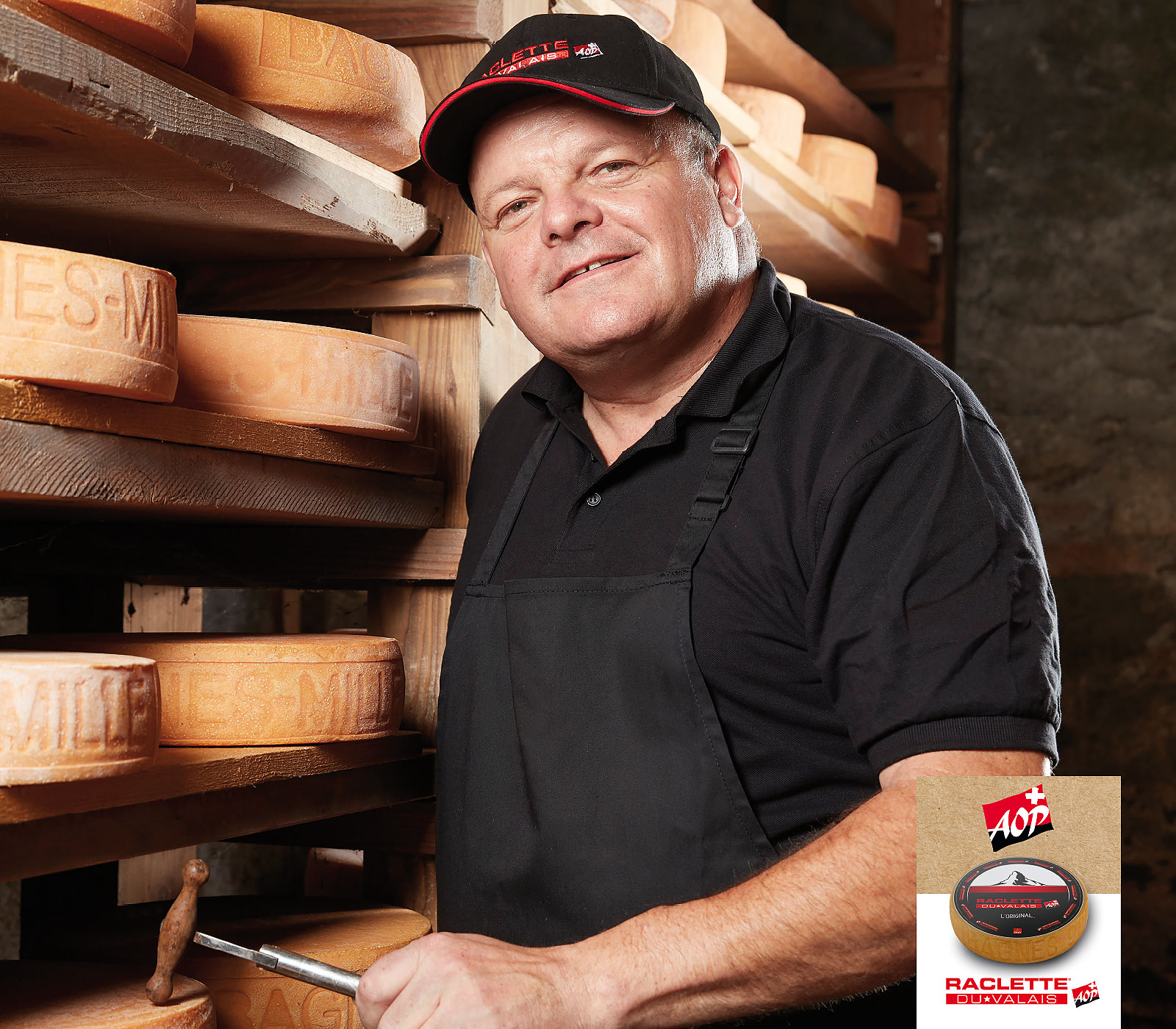 Semi-hard cheese produced from raw cow's milk
Round loaves with a diameter of 29 to 31 cm
Weight: approx. 5 kg
The cheese is used as semi-hard cheese, melted as raclette or sliced

The geographical zone includes the frontiers of the canton of Wallis.

The Raclette du Valais AOP/PDO is produced from raw milk, which is delivered twice a day to the cheese factory. Feeding the cows with silage fodder is prohibited. The milk is processed in a copper kettle. The fresh cheese is rubbed with salt or plunged in a salt bath for 24 hours. During maturing time, which lasts for at least 3 months, placed on planks of red spruce the loaves are regularly washed and turned. The Raclette du Valais PDO can be marketed as Hobelkäse (to be sliced) after 9 months maturing time.

The first signs of the cheese date back to the time 400 years b.C. In the Roman period the cheese became a means of payment. Already in 1574 cheese was melted in Wallis. The expression „raclette“ comes from a local dialect and also became from 1874 the official nomination of the cheese.