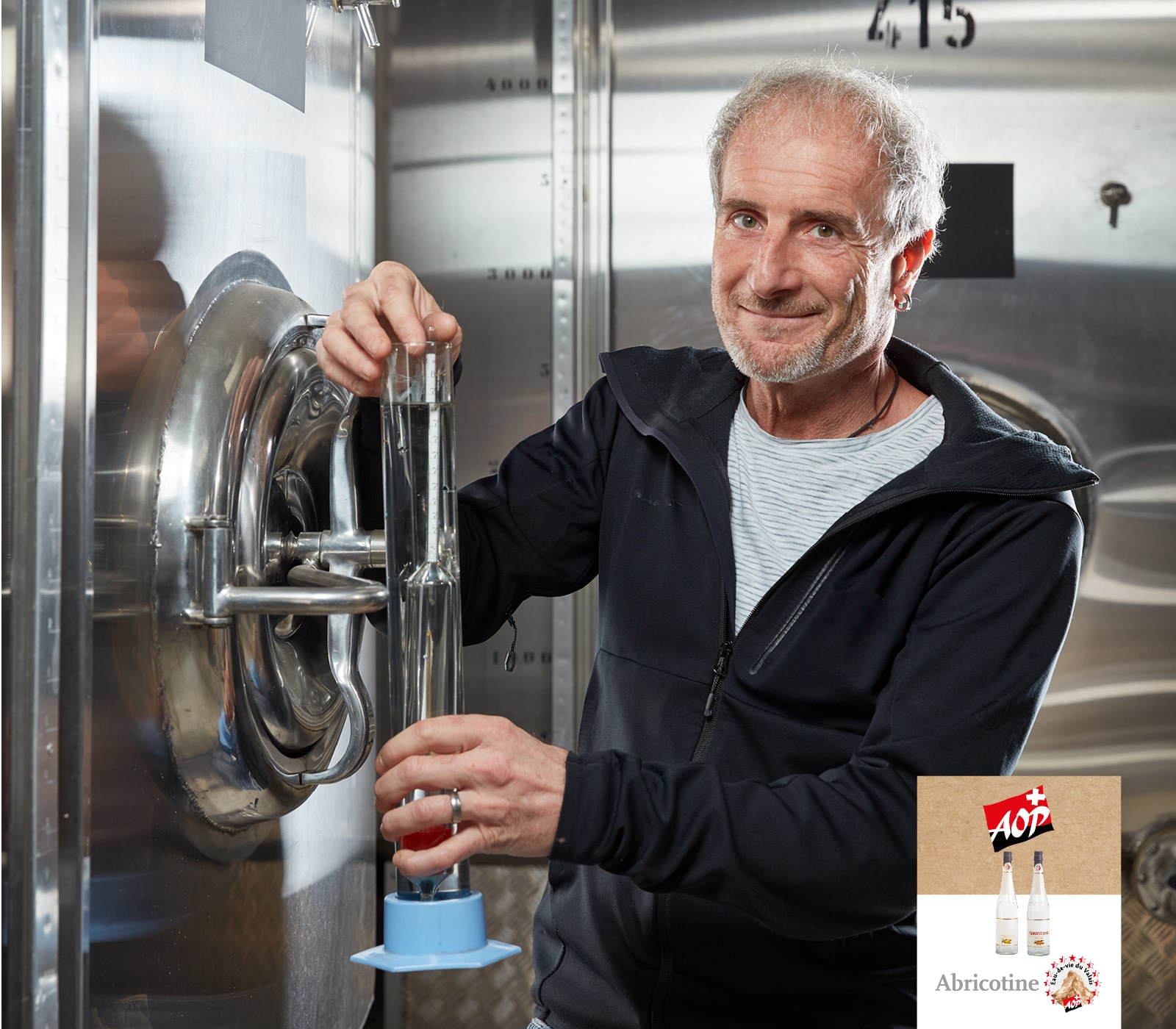 Finest eau-de-vie made from apricots of the variety „Luizet“
Minimum alcohol content 40 % vol.

The production of the fruit, the storage, the fermentation, distillation and bottling take place exclusively within the frontiers of the canton of Wallis. The apricot trees only grow up to an altitude of maximum 1100 meters above sea Level.

The Abricotine PDO ist produced mainly from apricots of the variety „Luizet“. Other varieties can be used up to a proportion of maximum 10%. Only the best fruit specimen are processed. They must have reached full maturity, be healthy and cleaned and have a minimum diameter of 35 mm. The fruit must be deseeded in order to avoid a too high level of bitterness of the product. When the fruit is squashed, a homogenous fruit pulp is formed, which allows full fermentation of the sugar. The distillation should follow as soon as possible after the fermentation. The alcohol content is reduced to drinking strenght by means of demineralised water or spring water with a low mineral content.

In the canton of Wallis the production of fruit eau-de-vie follows a long tradition. The apricot cultivation, in particular the Luizet variety, was long ago established in Wallis. The Luizet variety is said to have been introduced as early as 1838. Distillation of this apricot developed parallel to its cultivation: Initially the product, manufactured by means of numerous private distillers and burners was destined for the private domestic use of the local population and it was marketed only later. Quality evaluations were carried out by establishments in Wallis between 1943 and 1947.