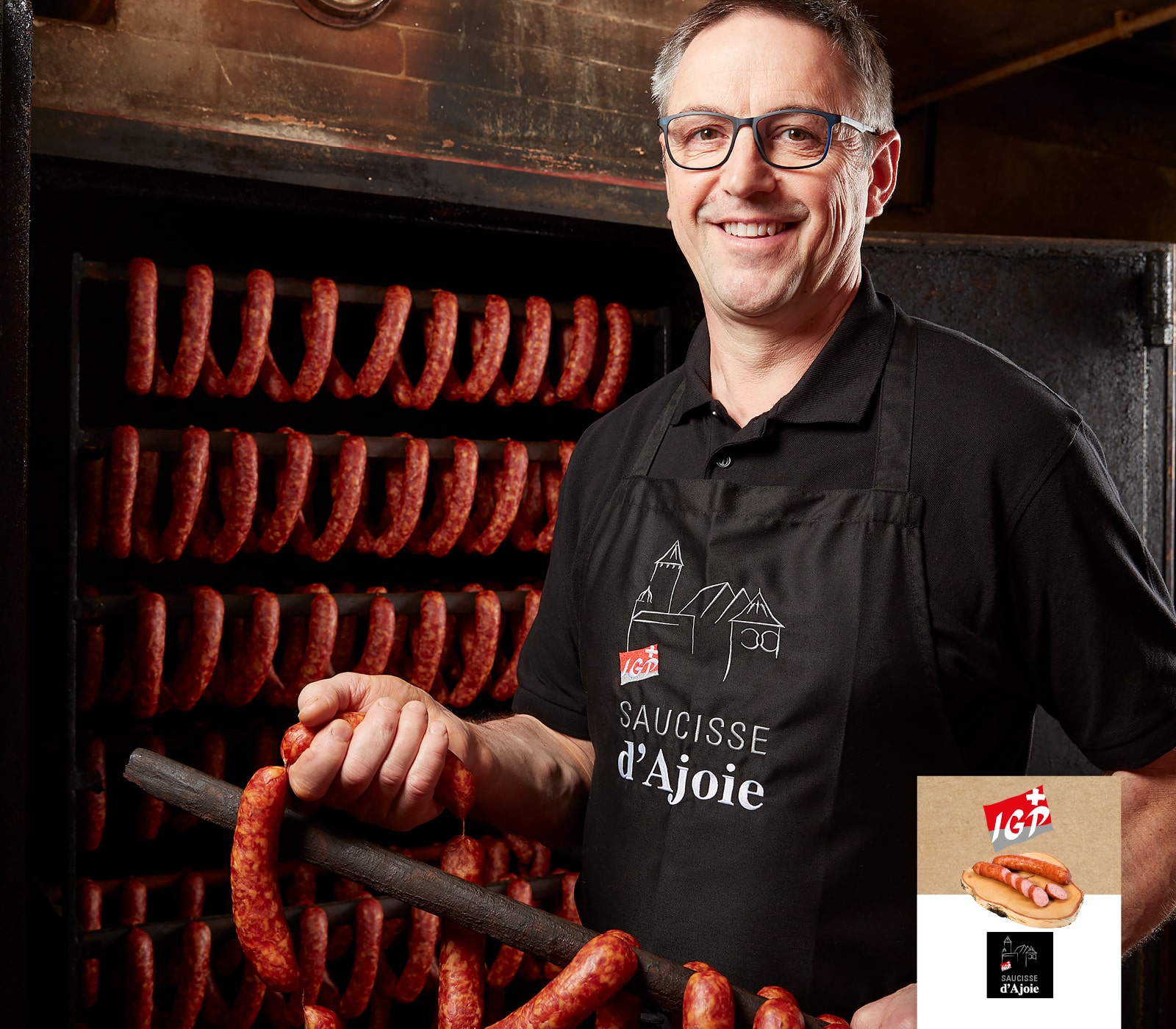 Smoked raw sausage product for boiling
Diameter 32 to 35 mm
weight 120-150 g
produced from pork and bacon and maximum 10 per cent of beef.

The geographical region is the district of Porrentruy. Birth, fattening, slaughtering and butchering of the pigs and cows must take place exclusively in Switzerland.

The entire mix ready to be filled at the moment the Saucisse d'Ajoie PGI is prepared consists of two thirds of pork, one third of bacon, and of maximum 10 per cent of minced beef, as an option. The addition of whole cumin grains at the moment of flavouring with pepper and garlic gives the speciality its special taste. The sausage mix is filled into a pig intestine. The intestine is not tied up with a string or metal clips, but knotted. Then the sausage is portioned through twisting of the intestine. Afterwards, the sausages are smoked over burning conifer wood in form of chips, sawdust or pieces of wood.

The traditional dish on Martin's Day belongs to the culinary heritage of Ajoie. In the week before Martin's Day the farmers in the region slaughter the pigs and process as much of the meat as possible. One of the products obtained this way is the Saucisse d'Ajoie PGI, which is produced according to a traditional recipe. The smoking is also part of the tradition : Today still old smokehouses dating back to the 17th century can be visited at a few particular farms. The designation « Saucisse d'Ajoie » was used for the first time 1920 : At that time, a group