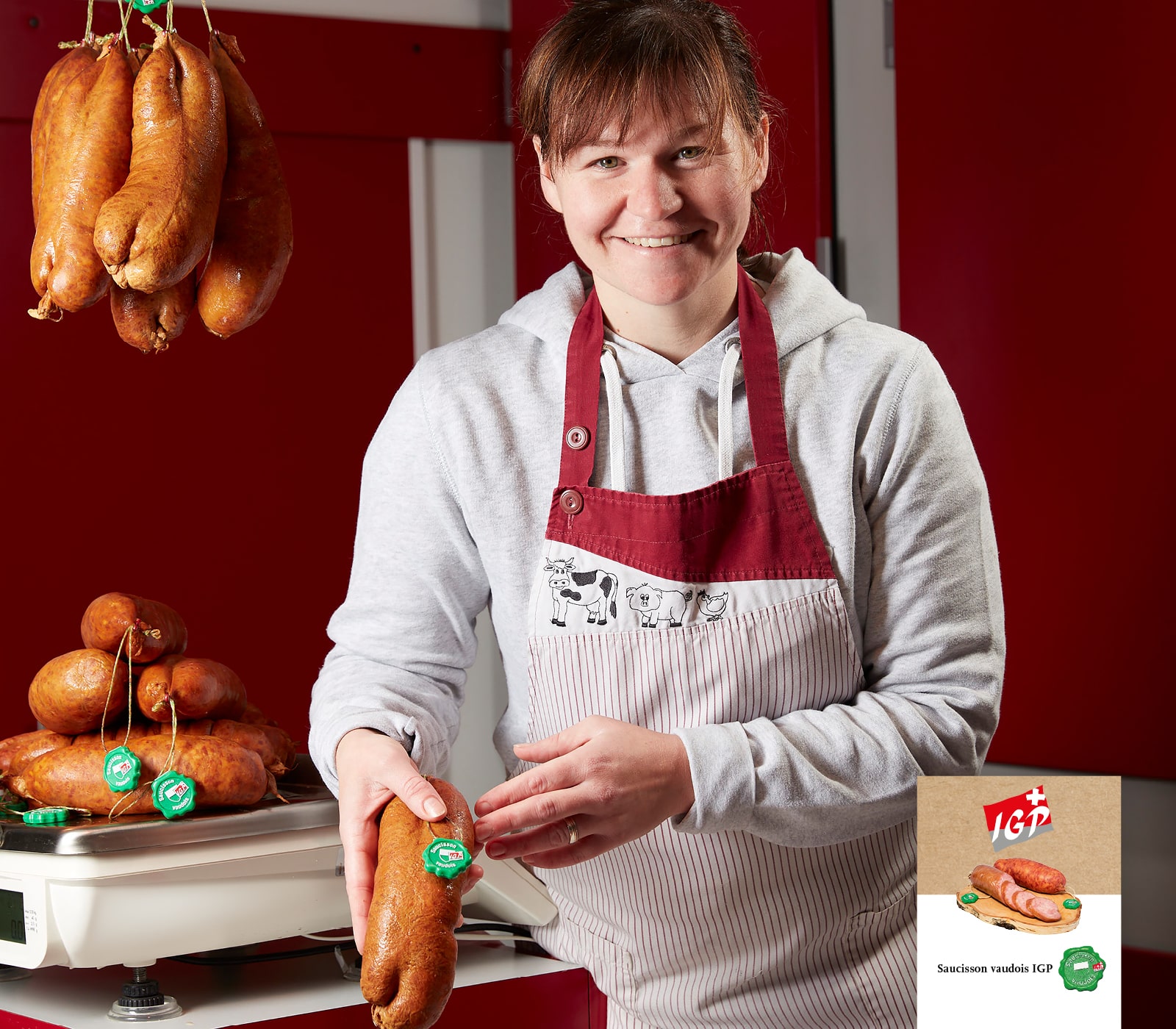 The Saucisson vaudois PGI is produced from pork. Lean meat and bacon must be proportioned 3 to 2. The pieces of meat are carefully selected and minced. Main spices are table salt and pepper. Other possible spices are garlic, coriander, wine yeast and white wine. The mix is kneaded and then stuffed into pig intestines. After draining the Saucisson vaudois PGI is dried. Smoking is done with cold smoke. The smoke develops when sawdust or a mix of untreated conifer wood and hardwood is burned. Minimum smoking time is 24 hours.

The origin of the Saucisson vaudois dates back to the Middle Ages, when sausage products were smoked and boiled in the canton of Vaud for the first time. Subsequently, the Saucisson became important as food for the Vaud population. Pork came on the table mainly in its smoked form or as Saucisse and Saucisson. The farmers usually ate meat five times a week, mostly pork. The Saucisson vaudois PGI is mentioned in several publications describing daily life of the Vaud inhabitants and the meat production traditions. It is different from other sausages in the way that it is manufactured exclusively from pork and a pig's intestine is used as casing.