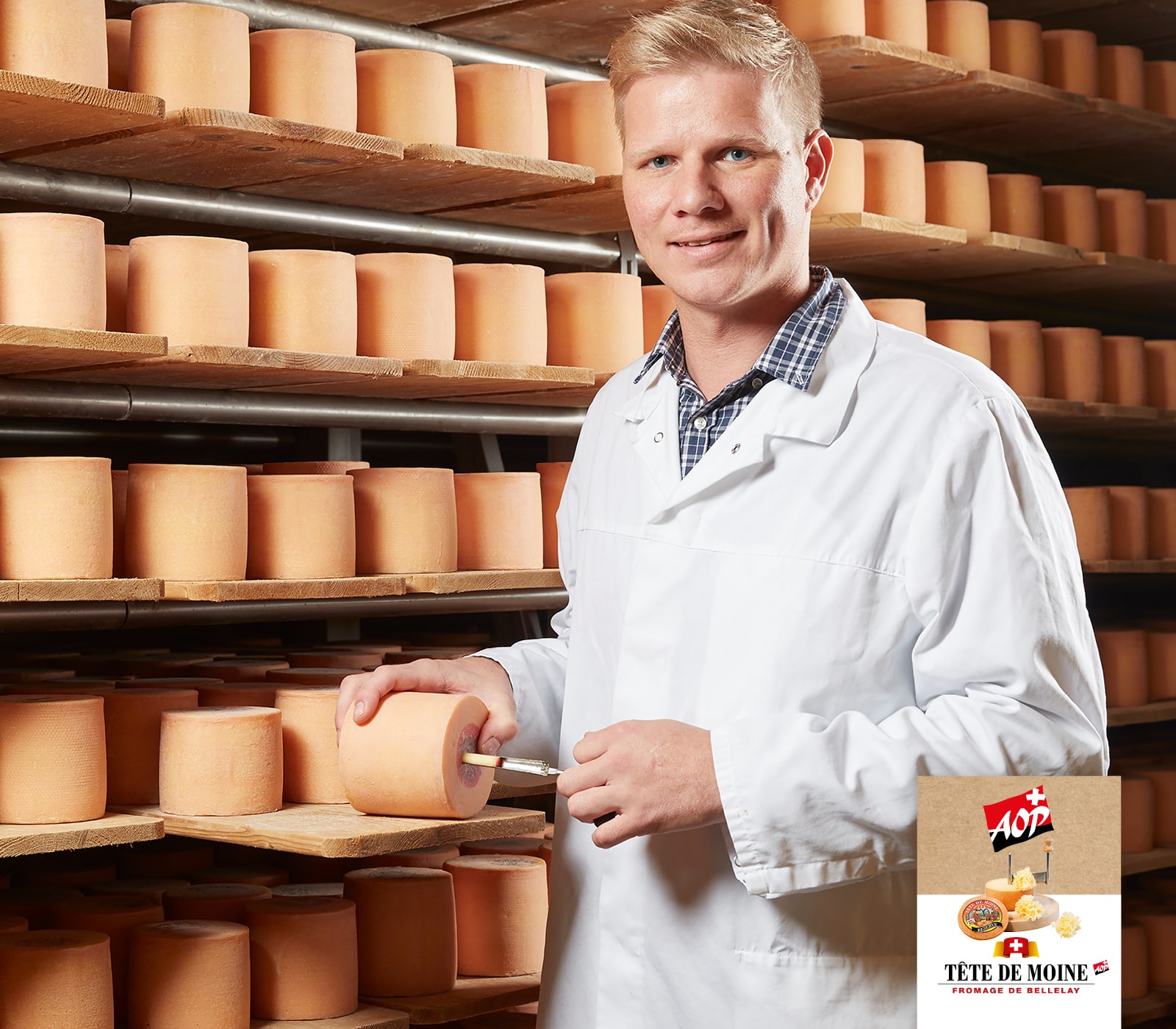 Cylindrical loaf of 10 to 15 cm diameter
Weight 0.7 to 0.9 kg
Semi-hard cheese
The cheese is scraped to fine rosettes by means of a girolle (scraper).

Tête de Moine as designation has been known since about 1790. However, the cheese has a much longer history. Already in 1192 the monks in Bellelay Abbey were mentioned for their cheese for the first time. With the invention of the girolle by a Jurassian precision mechanic in 1982 a new chapter of the Tête de Moine history was initiated. Since the day it was introduced, it has been sold 2.5 million times.