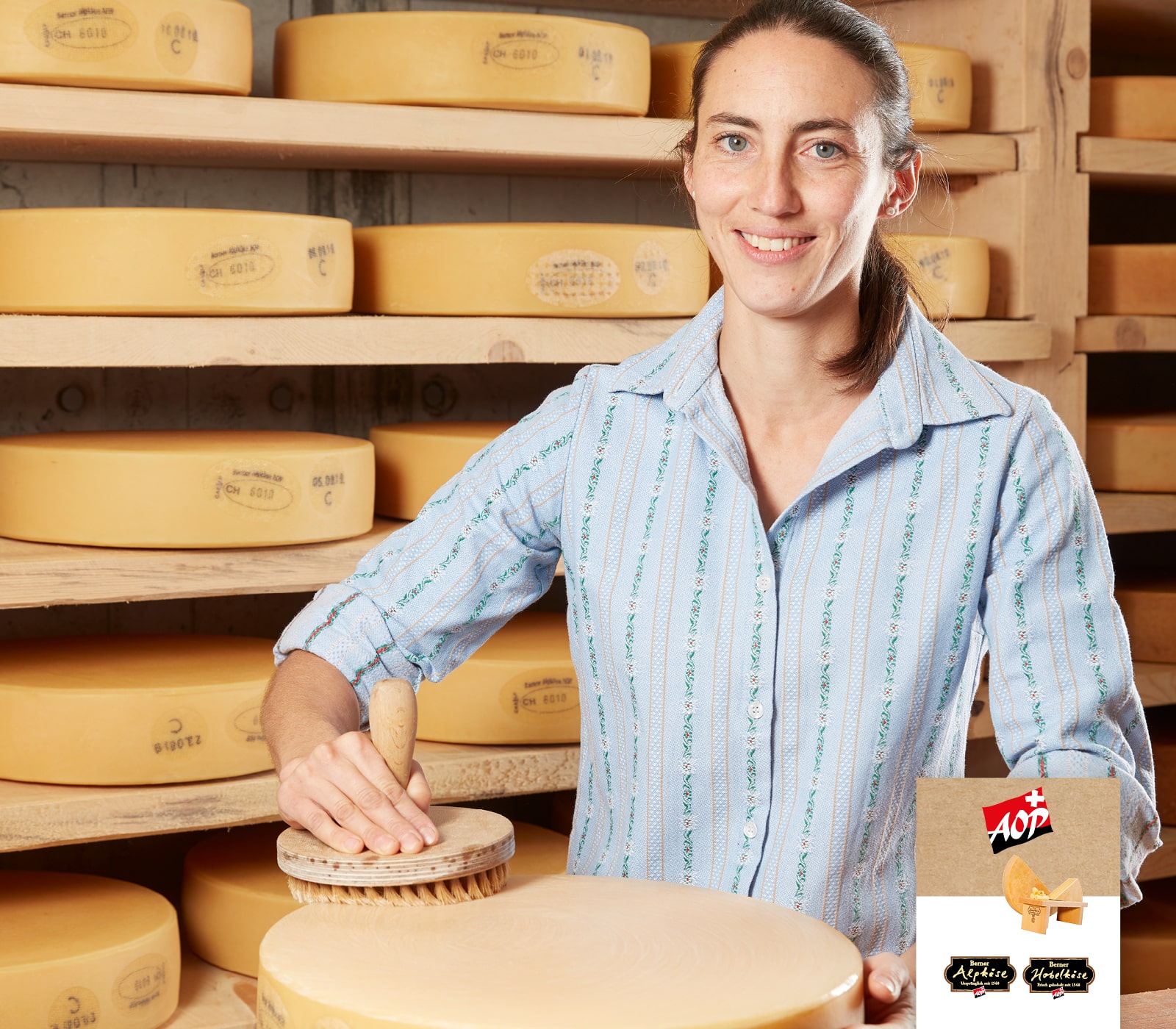 The geographic region includes essentially the summer pastures in the Bernese Oberland, as well as a number of Alps in bordering regions, the year round operation of which, however, is situated in the canton of Bern.

The Bernese Alpine cheese PDO ist manufactured daily from raw alpine milk during the summer pastures. The milk cows are fed essentially on fodder growing on the summering pastures. The milk is caseated in a copper kettle which is directly or indirectly heated on wood fire. After pressing the cheese is stored during one day in a saturated salt bath. Thereafter, the loaves are regularly rubbed with salt and some smear water. The Bernese Alpine cheese PDO is cared for during at least two weeks on the summer pasture. At the time of marketing it has reached an age of at least six months. The Bernese Alpine cheese PDO loaves selected for refinement of the Berner Hobelkäse PDO originate exclusively from lots which have reached the „Surchoix“ quality level and which have remained in the geographic region throughout the whole maturing time. The loaves intended for refinement leave the cellar, resp. are rolled out at the earliest after 4.5 months. The rind smear is neatly removed before the loaves are refined during at least another 12 months in a „Gaden“ (dry and cold room) with natural climate, or in an artificially temperature controlled room.

In the Bernese Oberland Alps the rennet cheese-making started around 1500. Already in the chronic of Stumpf (1548), reference was made to the special quality Alpine cheese from this region, under the designations „Sibenthaler“ and „Saanerkäss“. In the 17th century, the Alpine cheese production in the Bernese Oberland came to be of great scientific importance. Today's manufacture practices differ only insignificantly from what is provided in the Manual of the Alpine cheese dairy. The „Hobelkäse“ follows the the tradition of preservation through drying.