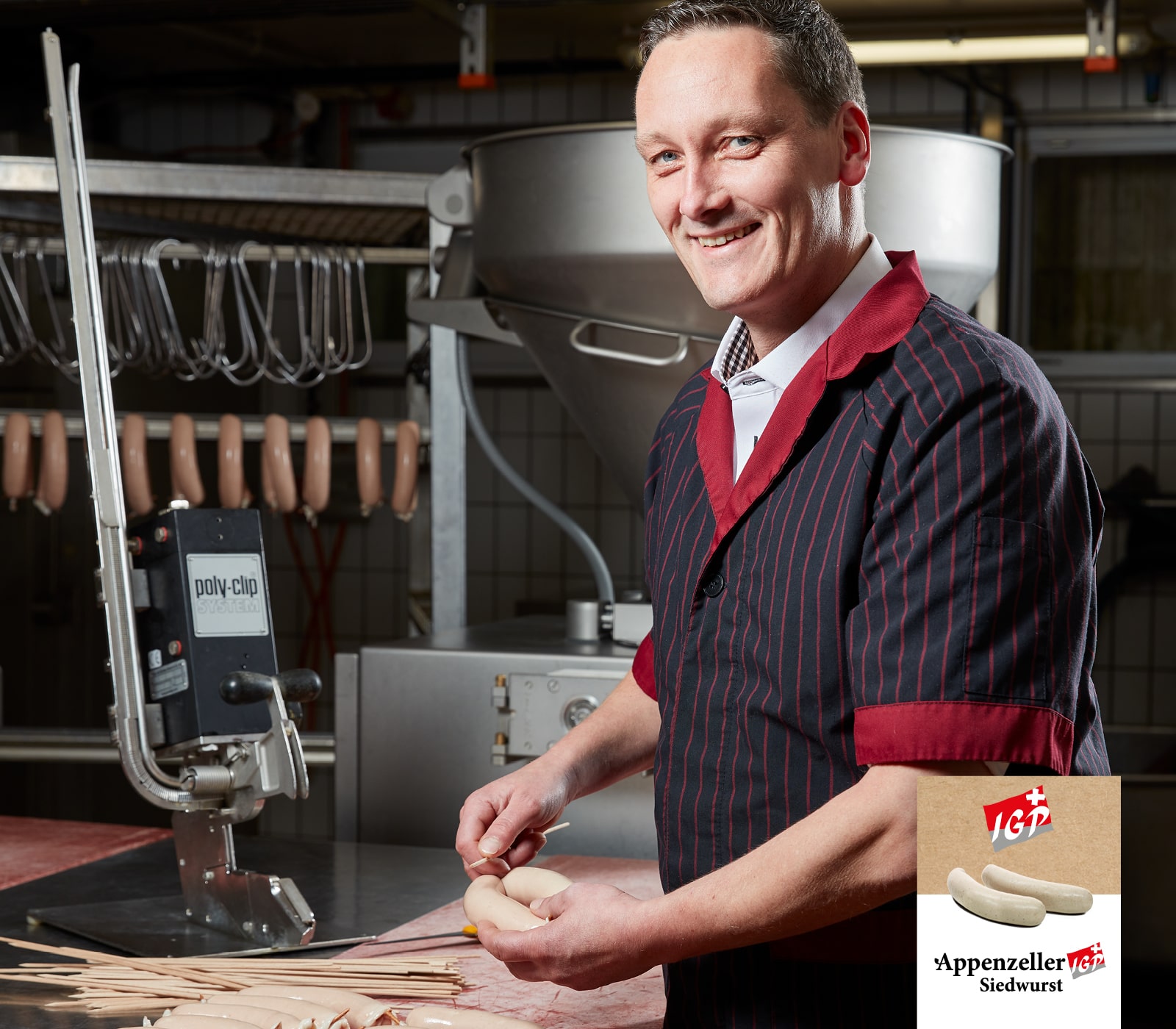 The cantons of Appenzell Innerrhoden, Appenzell Ausserrhoden and St.Gallen are the production areas. Birth, fattening, slaughter and cutting of pigs and cattle are carried out exclusively in Switzerland.

The well cooled muscle meat is minced with bacon, ice water, caraway, garlic, pepper and salt to a fine sausage mixture. The sausage mixture is filled in a salted beef gut, pig intestine casing or collagen skin with a diameter of 28 to 36 mm, attached individually or in pairs to skewer (with wood) or alternatively closed with a metal clip. The sausage is either scalded in hot water before sale by the manufacturer or afterwards by the consumer himself. A core temperature of 68 degrees Celsius must be reached in order to prevent bacterial growth.

In earlier days, boiling sausage was simply called beef sausage in parts of Ausserrhoden. When the product became known nationwide, the beef sausage was renamed to boiling sausage so that it was clear that this sausage was intended for boiling. Most of the meat used is beef. Written references from 1873 onwards deal with sausages in beef gut. In principle, it can be assumed that the boiling or beef sausage was first produced in the 19th century. At that time, the butcher's shops in German-speaking Switzerland produced various butcher's sausages, i.e. cooked sausages, from very fine sausage meat. This required a few technical developments: the invention of the meat mincer in the middle of the 19th century or that of the sausage blender after the Second World War. Before the era of the refrigerator, which was only introduced to the general population in Switzerland in the 1950s, butchers also made sausages on Sundays and delivered the sausages home to customers. These had to be eaten quickly due to their short shelf life. With the increasing popularity of sausage outside the two half cantons of Appenzell Innerrhoden and Ausserrhoden, emphasis was laid on the origin and the regional name "Appenzell" was promoted.